Pain is a general term that describes uncomfortable sensations in the body. It stems from the activation of the nervous system. Pain can range from annoying to debilitating, and it can feel like a sharp stabbing or a dull ache. Pain can also be described as throbbing, stinging, sore, and pinching. There are two main types of OTC pain medicines: acetaminophen (Tylenol) and nonsteroidal anti-inflammatory drugs (NSAIDs). Aspirin, naproxen (Aleve), and ibuprofen (Advil, Motrin) are examples of OTC NSAIDs. If OTC medicines don't relieve your pain, your doctor may prescribe something stronger.

You can choose between two main types of OTC fever reducers: acetaminophen and nonsteroidal anti-inflammatory drugs (NSAIDs). NSAIDs include ibuprofen, aspirin, and naproxen. In general, no particular one of these fever-reducing drugs is better than the others.

View as Grid List
Sort by
Display per page 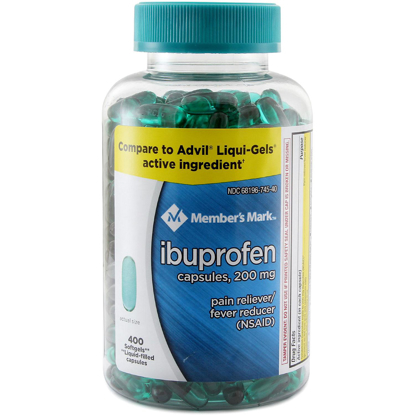 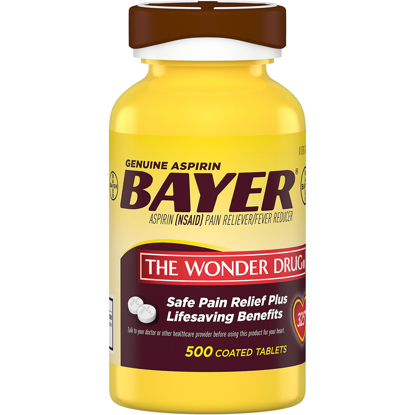 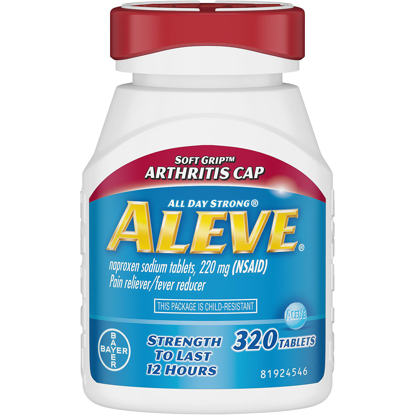 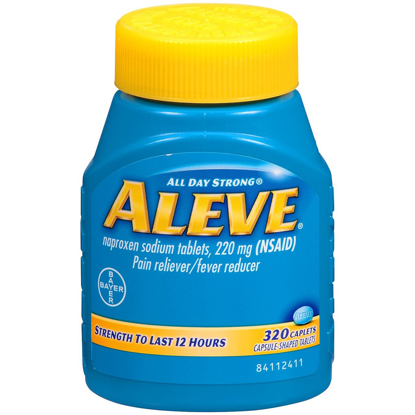 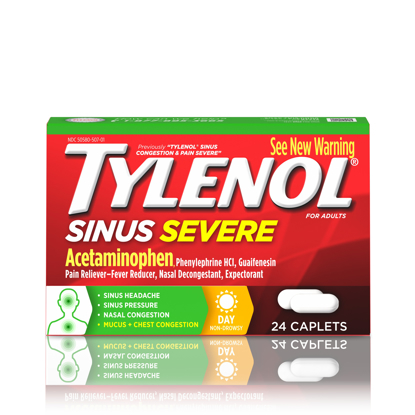 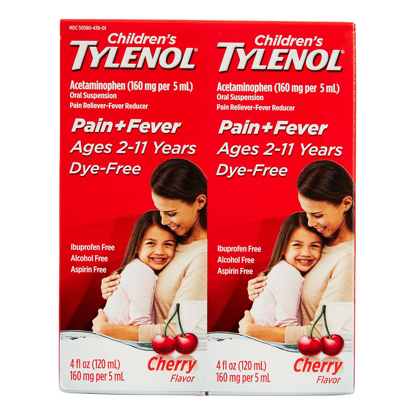 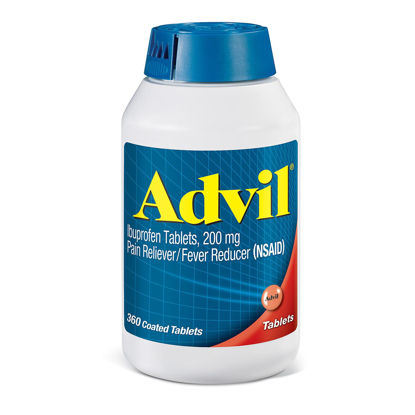 03-SV7M-N8MD
$25.99 $26.99
Delivering relief fast for all of our headaches, muscle aches, backaches and aches and pains from the common cold, this long-lasting pain reliever is the go-to on the medicine cabinet shelf. #1 doctor recommendation for joint pain. Advil tablets reduce fever fast. Relieves aches and pains of the flu. 360 count. Save, effective relief that has been trusted for over 25 years. 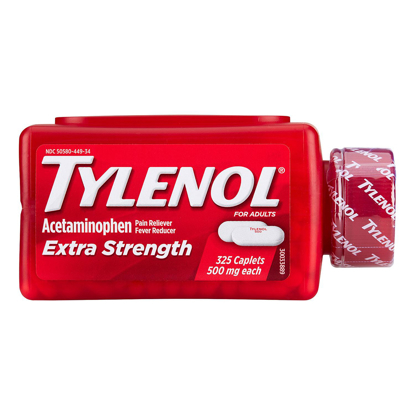 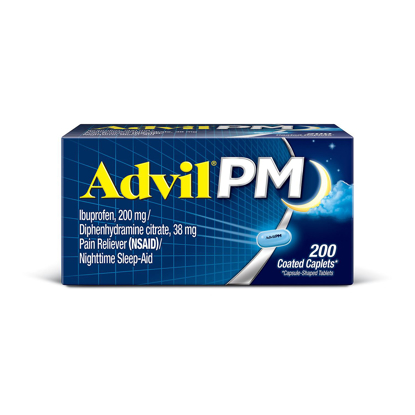 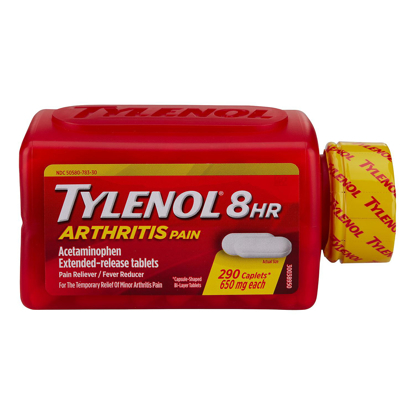 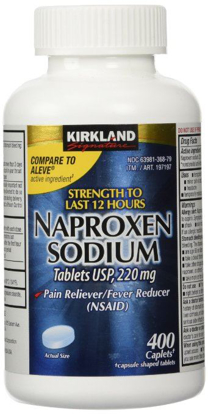 $24.99 $29.99
For relief of headaches,commoncold, toothache,fever, muscular aches, backache, minor pain of arthritis and menstrual cramps. 400 tablets. Generic of Aleve. 220 mg which is a Non Prescription Strength. 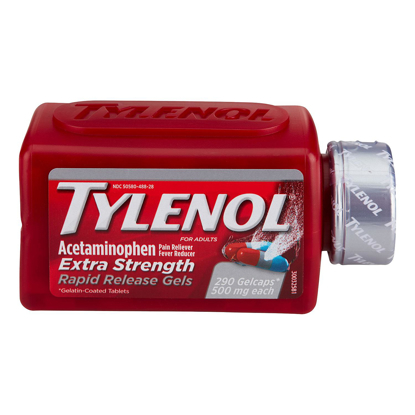 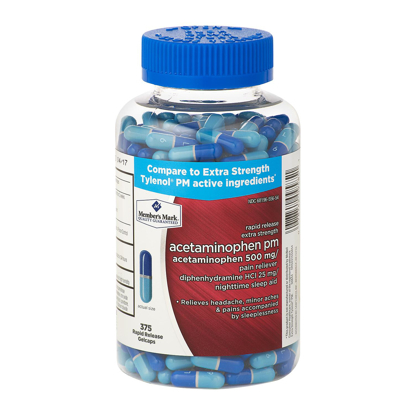 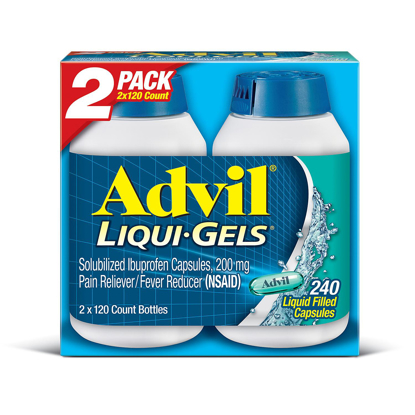 HN-JC4O-C70H
$29.99 $34.99
With fast relief of all the body's major aches pains fro headaches to minor arthritis in easy-to-swallow gels, Advil Liqui-Gels are a must in the medicine cabinet. Advil is the world's selling over-the-counter pain reliever. doctor-recommended treatment for effective pain relief8. Advil liquid gel quickly relieves pain at the site of inflammation. Contains 2 bottles of 120 capsules. 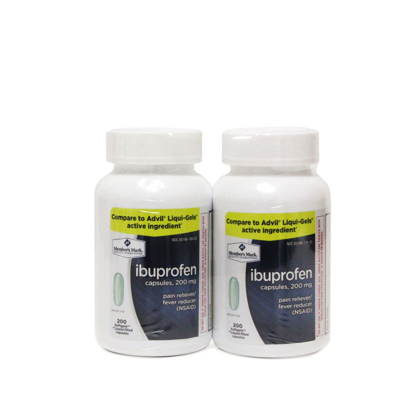 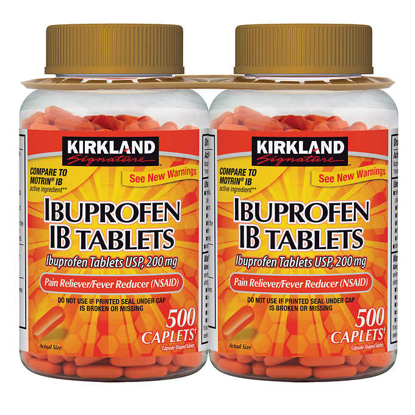 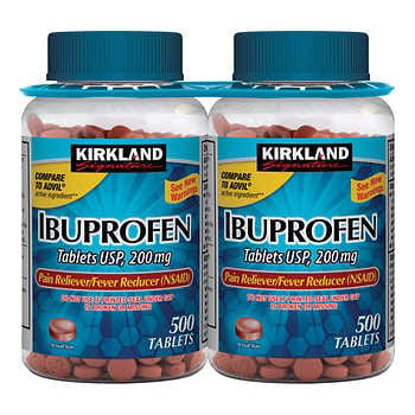 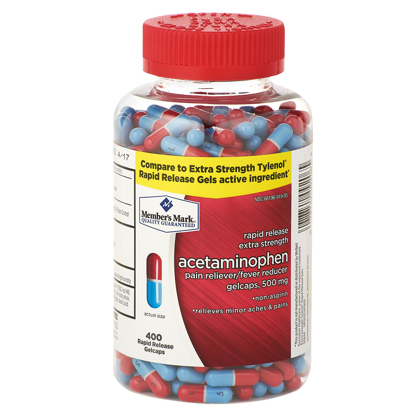 4C-TO90-921M
$23.99 $25.99
Are aches and pains slowing you down? Member's Mark Extra Strength Acetaminophen is a must-have for every household. It helps with headaches, fevers and everything in between. Rapid release Pain reliever/fever reducer Easy to swallow 500 mg gel caps Non-aspirin 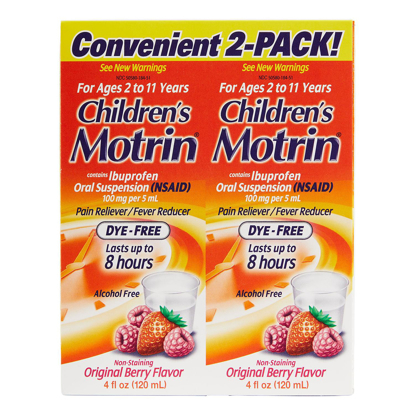 51-Q0BF-FMS8
$17.89 $19.99
When your child isn't feeling well, you need something that acts quickly and is long-lasting. Motrin does the trick, providing up to eight hours of relief for minor aches and pains. The oral suspension that temporarily reduces fever For children ages 2-11 Contains ibuprofen Temporarily relieves minor aches and pains due to the common cold, flu, sore throat, headache, and toothache Lasts up to 8 hours 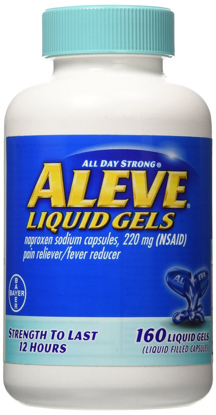 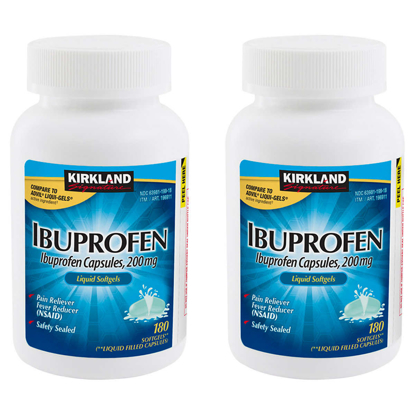 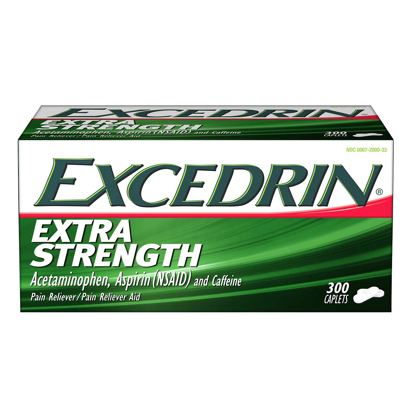 BT-VDIS-PLHB
$26.99 $29.49
Each caplet of Excedrin Extra Strength Pain Reliever contains 250 milligrams (mg) of acetaminophen, 250 mg of aspirin, and 65 mg of caffeine. A typical dose for adults and children older than 12 is two caplets every six hours 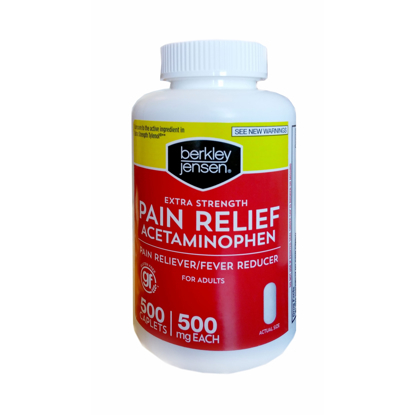 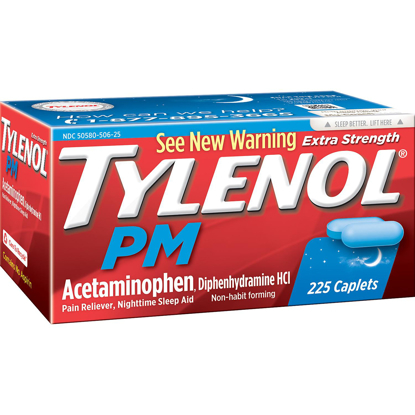 QX-M4DT-T42G
$26.89 $29.89
Tylenol tablets for relief from pain and sleeplessness. Non-habit forming when used as directed. Good as a short-term sleep aid. Good for minor aches and pains.